Mr. & Mrs. Christiansen were past adopters that found this scrawny little guy one day and graciously decided to foster him while he grew and recovered from an injury he had.  After a couple of months, they had fallen in love and could not let him go so he became a foster failure and official brother to SCHS alumni Laurie.

"I found Possum on the side of the road August 18 (2021). He weighed less than a pound, very dirty, hungry, and as you would expect very ‘bug” infested. He had a long face with a pink nose and very big ears. I thought he looked like a baby possum, in fact I checked him out to make sure I had not picked up a baby possum. He was rather ugly. My husband and I agreed to foster him. Possum had a very rough few weeks. My husband didn’t think he would survive. But he did and now at 5 months he is over 7 pounds, very curious, very fast, and very playful. My husband who at first said many times “we cannot keep him!” cannot part with him now.  We have another cat Laurie whom we adopted about 5 years ago. She and Possum are not the best of friends yet, but we are hoping that Lauries’ sweet disposition will rub off on Possum." 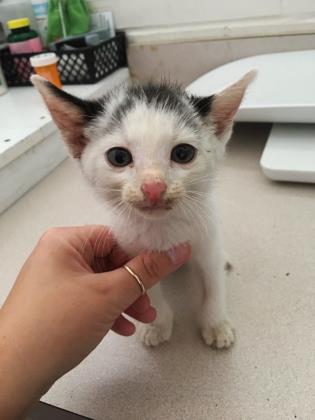 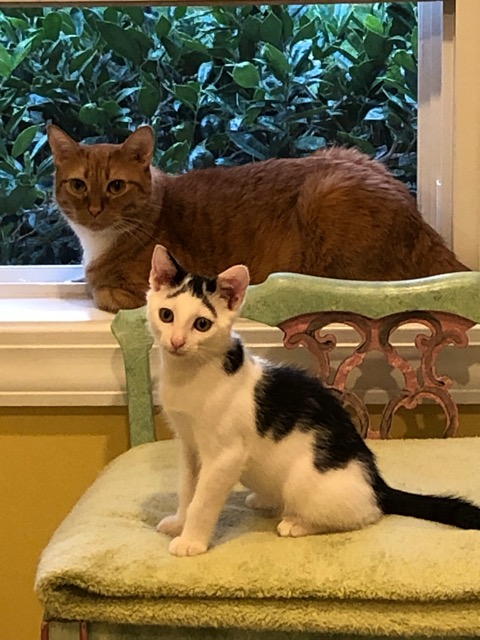